The slate is bolstered by action-packed competition series that include “The Chain: Alaska,” a perilous outdoor competition set in the wild and dangerous Aleutian Alaskan islands where adventure racers and survival experts battle through the elements, and each other, for a life-changing prize; “Winter Watchman,” which finds four pairs of survivalists protecting their respective lodges through the harsh Alaska winter; and “Snake in the Grass,” a social experiment hosted by Bobby Bones that drops four strangers into the wild with a chance to win big money. Adding to the lineup is “Rust Hunters,” which follows a multigenerational family business as they flip old vehicles and antiques in the backwoods of New Hampshire.

Perfectly blending sports and entertainment, the new docuseries “Austin Dillon’s Life in the Fast Lane” follows the over-the-top lifestyle of Daytona 500 Champion Austin Dillon on and off the racetrack. “Race for the Championship” takes viewers inside the personal and aspirational lives of NASCAR’s top drivers and teams against the backdrop of the 2022 NASCAR Cup Series Playoffs and Championship.

WWE returns to USA Network every Monday night year-round with “WWE Raw,” which ranks as the #1 cable entertainment series on television in live viewership, and “WWE NXT,” which will continue to anchor the schedule every Tuesday night, posting year-over-year growth.

Also returning is the sophomore season of “Chucky,” one of the top new cable shows of last year; “Miz & Mrs,” which debuts its third season on Monday, June 6; and “Chrisley Knows Best,” which launches new episodes beginning Thursday, June 23 and enters its 10th season later this year.

For the first time, USA Network will be the exclusive home to top international sporting events as the world’s greatest golfers compete in the prestigious U.S. Open and The Open Championship; cycling’s Tour de France rolls through picturesque mountains and towns before finishing on the Champs-Élysées in Paris; and the best in track & field from across the globe will be showcased at the World Athletics Championships, which will be held on U.S soil for the first time. USA Network is also the cable home of the Premier League, which kicks off the 2022-23 season in August. Motorsports shift into gear in the second through fourth quarters, with NASCAR, NASCAR Playoffs, and INDYCAR.

The half-hour unscripted series will follow the over-the-top NASCAR lifestyle of Daytona 500 Champion Austin Dillon, along with wife Whitney, adorable son Ace, and best friends Paul and Mariel Swan. Featuring high-stakes races, hilarious adventures, and heartwarming moments at home, Austin leans on his loved ones both on and off the track as he trains and competes in the NASCAR season.

As the grandson of NASCAR legend Richard Childress, Austin, and his family are considered racing royalty in their home state of North Carolina, where he lives with Whitney and their 1-year-old son, Ace. Considered one of the best drivers in NASCAR, Austin is working towards a NASCAR Cup Series Championship alongside his best friend and Lead Tire Carrier, Paul Swan. Paul’s wife, Mariel, who is pregnant with their first child, is also Whitney’s longtime best friend and partner-in-crime.

Both former NFL cheerleaders and NASCAR Monster Energy Girls, Mariel and Whitney are always the life of the party and balance out their husbands’ adrenaline-fueled day jobs with nonstop hijinks and fun. Closer than ever, the Dillons and Swans live fast and loud while putting family and friendship first around every turn.

“SNAKE IN THE GRASS”

USA Network pushes human nature to the limits with the new competition series “Snake in the Grass.” This action-packed social experiment is hosted by national radio and television personality Bobby Bones. Each episode will feature four strangers who are dropped into the wild with a chance to win $100,000. In order to win, the team must figure out which one of them is the Snake – a saboteur who is secretly undermining the group every step of the way.

“RACE FOR THE CHAMPIONSHIP”

With the backdrop and high stakes of the 2022 NASCAR Cup Series Playoffs and Championship, “Race for the Championship” will take viewers inside the lives of NASCAR’s top drivers and teams on and off the track. Across 10 thrilling episodes, the all-access series will chronicle the sports’ best as they balance their personal lives with the passion, pressure, and perils of racing, all for a chance to make history.

Longtime friends Blake Shelton and Carson Daly head to Nashville and open the doors to Blake’s bar, Ole Red, and everyone is invited to join their party. With Daly behind the bar and Shelton taking the stage with his house band for live music sing-alongs in front of a rowdy crowd, both the icons and celebrity favorites show a new side to themselves in this anything-but-ordinary game show. No stranger to competition and sheer domination herself, WWE Hall of Famer Nikki Bella heats up the party and sets the stakes as celebrity friends go head-to-head in a series of classic bar games with a fun twist, including “Air Cannon Cornhole,” “Keg Curling,” “Drunken Axe Hole,” “Sharts” (“Shelton Darts”) and many more. The games are bigger, the antics are louder and the competition is ludicrous in the best way

In the ultimate outdoor competition series, adventure racers and survival experts clash in high-stakes challenges while navigating through some of the most remote islands in the world. Teams must battle through every element Mother Nature throws at them, and each other, to claim the life-changing $500,000 prize. Only the strong can survive “The Chain: Alaska.”

In the most remote parts of Alaska, businesses such as canneries and hunting lodges operate seasonally. Each winter these businesses in the remote wilds shut down and hire “winter watchmen” to defend their properties against man, beast and the elements. Now for the first time, four pairs of amateur survivalists have signed on for a unique social experiment, based on the job of a real winter watchman. They’ll be brought in to see if they can survive the harshest winter of their lives while protecting four respective lodges in the far reaches of Alaska. Can each duo make it to the spring thaw and collect a cash bonus? Or will extreme weather, isolation and fear of man-eating bears compel them to tap out?

A brand new occu-soap following the Lingleys multigenerational family business as they pick, renovate and flip old vehicles and antiques in the backwoods of New Hampshire. In each episode this family of maverick mechanics restore iconic vintage motors and transform abandoned rust buckets into jaw-dropping, must-have machines. The larger-than-life Lingleys proudly embody New Hampshire’s state motto, “Live Free or Die,” and with 70 years of trading under their belts they have earned the respect and trust of all the rebellious characters hidden away in the mountains and forests: from bikers to preppers, moonshiners to ice racers. It’s these connections that get them the craziest items and the best deals. Riding shotgun with the Lingleys, the audience will see New Hampshire like it’s never been seen before.

“Rust Hunters” is produced by Double Act with Alastair Cook and Rob Davis serving as executive producers.
ABOUT USA NETWORK:

discovery+ and ID Highlights – Weeks of May 23 and May 30

discovery+ and ID Highlights - Weeks of May 23 and May 30

Check out our “Spoilers at a Glance” page to see what you missed.

Gwen Renée Stefani was born on October 3, 1969, and turned 32 years old today. Stefani is a singer-songwriter, fashion designer, and actress. She is a co-founder, lead vocalist, and the primary songwriter of the band No Doubt, whose singles include "Just a Girl", "Spiderwebs", and "Don't Speak", from their 1995 breakthrough studio album Tragic Kingdom, as well as "Hey Baby" and "It's My Life" from later albums. Stefani has won three Grammy Awards. As a solo artist, she has received an American Music Award, Brit Award, World Music Award, and two Billboard Music Awards. In 2003, she debuted her clothing line L.A.M.B. and expanded her collection with the 2005 Harajuku Lovers line, inspired by Japanese culture and fashion. Billboard magazine ranked Stefani the 54th most successful artist and 37th most successful Hot 100 artist of the 2000–2009 decade. VH1 ranked her 13th on their "100 Greatest Women in Music" list in 2012. Including her work with No Doubt, Stefani has sold more than 30 million albums worldwide. -READ MORE- 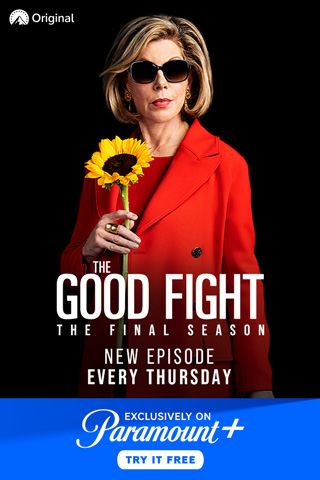