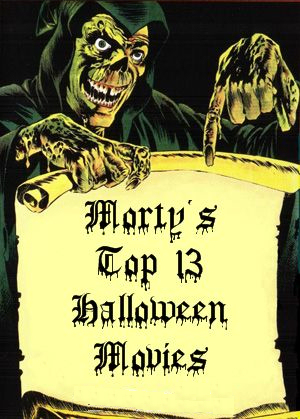 I have a confession, I like kid’s movies– I liked them when I was a kid, and still like them today. When it comes to Halloween movies, I still like the kid’s stuff.  Some of my favorite kid’s movies are Disney titles from the 1960’s, as with most things, they were made better back in the day.

I can remember where and when I saw these movies, they made such an impression on me.  I saw Disney’s Blackbeard’s Ghost

in 1968 at the Circle Drive-In in Maple Shade NJ, it was a double feature with The Son of Flubber

.  I like both movies, but Blackbeard’s Ghost had some great spooky gimmicks that fired up my young imagination.

The movies back then had a certain charm to them that you won’t find in today’s movies.  Although the plots were hokey, I think the primitive special effects helped. Today, you never wonder how they achieved an effect, it’s all computer generated. But in 1966 when the organ in The Ghost and Mr. Chicken

played, with no one at the keyboard… wow, now how did they do that?  I saw that at The Broadway Theatre in Palmyra, NJ.

didn’t just throw a story at you, it pulled you in with a supporting cast of  familiar faces, all those great character actors, from every 1960’s TV show, people like Charles Lane, Rita Shaw, Dick Sargent, Hal Smith… then you put them all in a small town, that you feel like you’ve been to before, then put Don Knotts in a role that resembles Barney Fife, a haunted house, and you have a hit.

The Broadway Theatre building is still in Palmyra, but hasn’t been a movie theatre for 45 years, the Circle Drive-In is long gone, and the casts of many of my favorite movies may now be real ghosts, but turn on the TV, and everything is safe and easy to understand again. 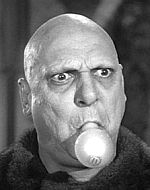 There are also TV shows from the 1960’s that are also a lot of fun at this season, like the first TV families’ of Halloween, The Addams Family and The Munsters. So which show was the best?  If I had clear choice, I’m not sure I’d want to say, it’s like the “dogs or cats” debate, no matter what you pick, you’re going to tick-off a lot of people.

Another show that is required Halloween viewing is It’s the Great Pumpkin, Charlie Brown

Don’t get me wrong, I have an appreciation for the new witches and wizards, like in the Harry Potter Movies

, but my Top 13 List of Halloween Movies, might give you some suggestions that you have forgotten, or never heard of, so check it out, and have A Happy Halloween!

ABC Will Rock You With Latest Iteration of the Hit “Singalong” Franchise, “The Queen Family Singalong,” Airing Thursday, November 4, on ABC

CBS announced that Big Brother: Celebrity Edition will return in winter 2022, with an all-new group of celebrities living together in the Big Brother house. Julie Chen Moonves returns as host. Celebrity house guests and additional details will be announced at a later date.

Hey, What a Deal!